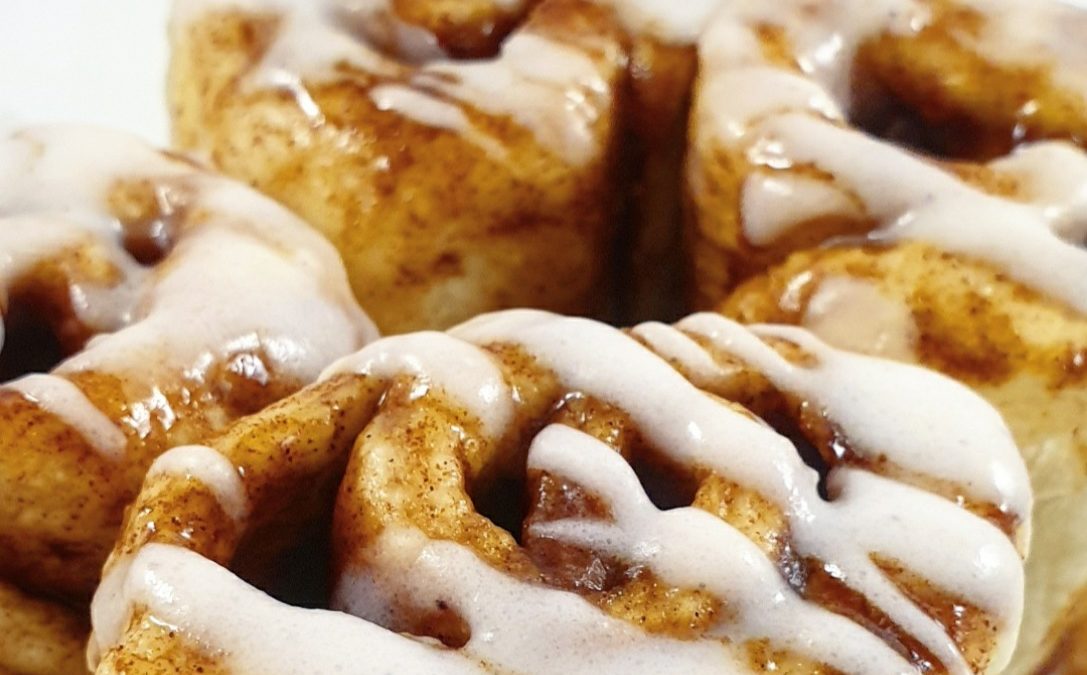 1 Minute Cinnamon Rolls?.. you ask.
Well maybe it does not take 1 minute to make the cinnamon rolls from start to finish but they cook in 1 minute.
However if you want to put a time on making these cinnamon rolls, you could probably make them in 5 minutes. Yes they are still that quick.

Method: Dough
• Mix the self-raising flour and yogurt or coconut milk until it forms a ball of dough. (The dough should not stick to your hands, so you might have to adjust the flour or yogurt/coconut milk until you find the right consistency).
• Roll the dough out on a floured surface. If you can get it into a square that would be best.
• Make the filling. 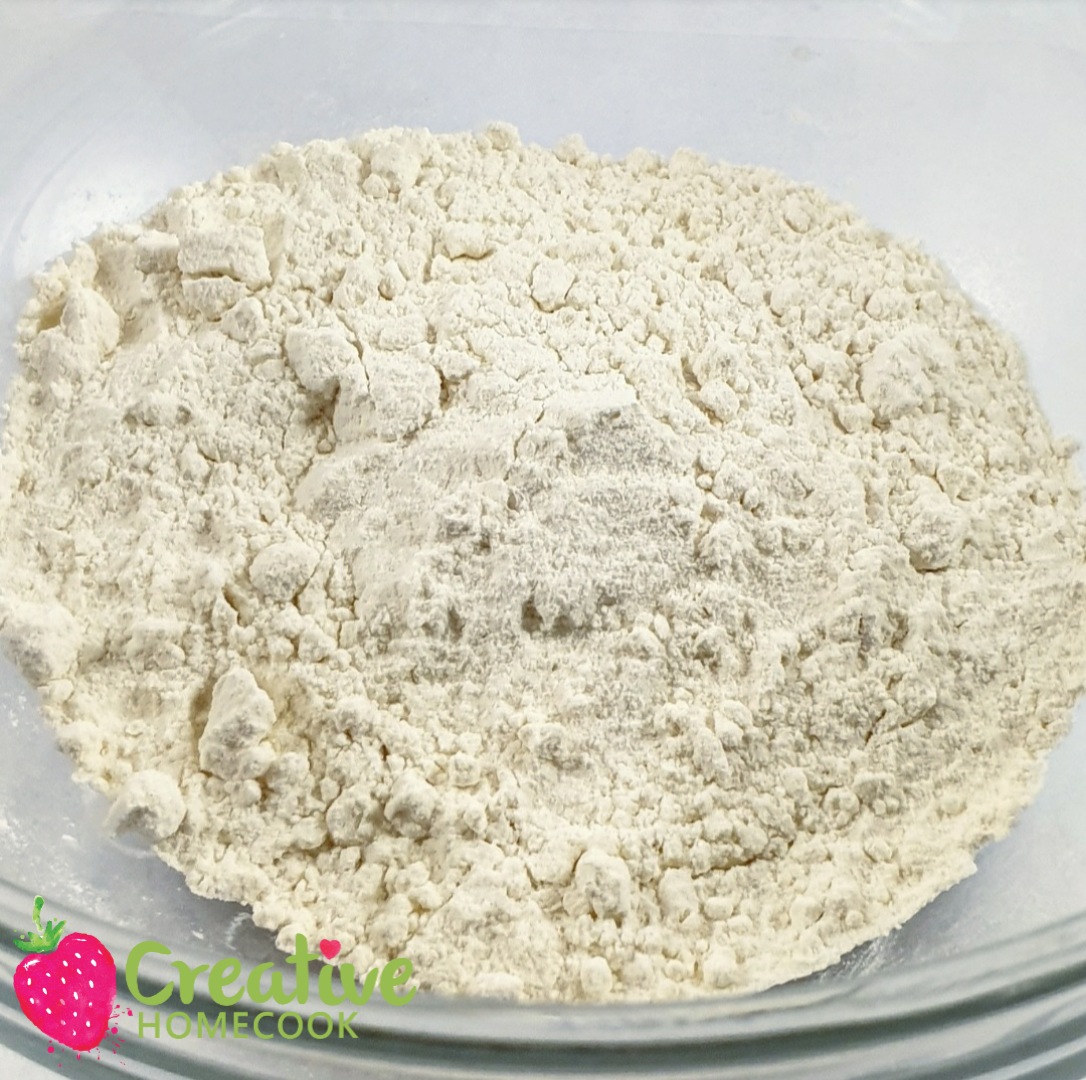 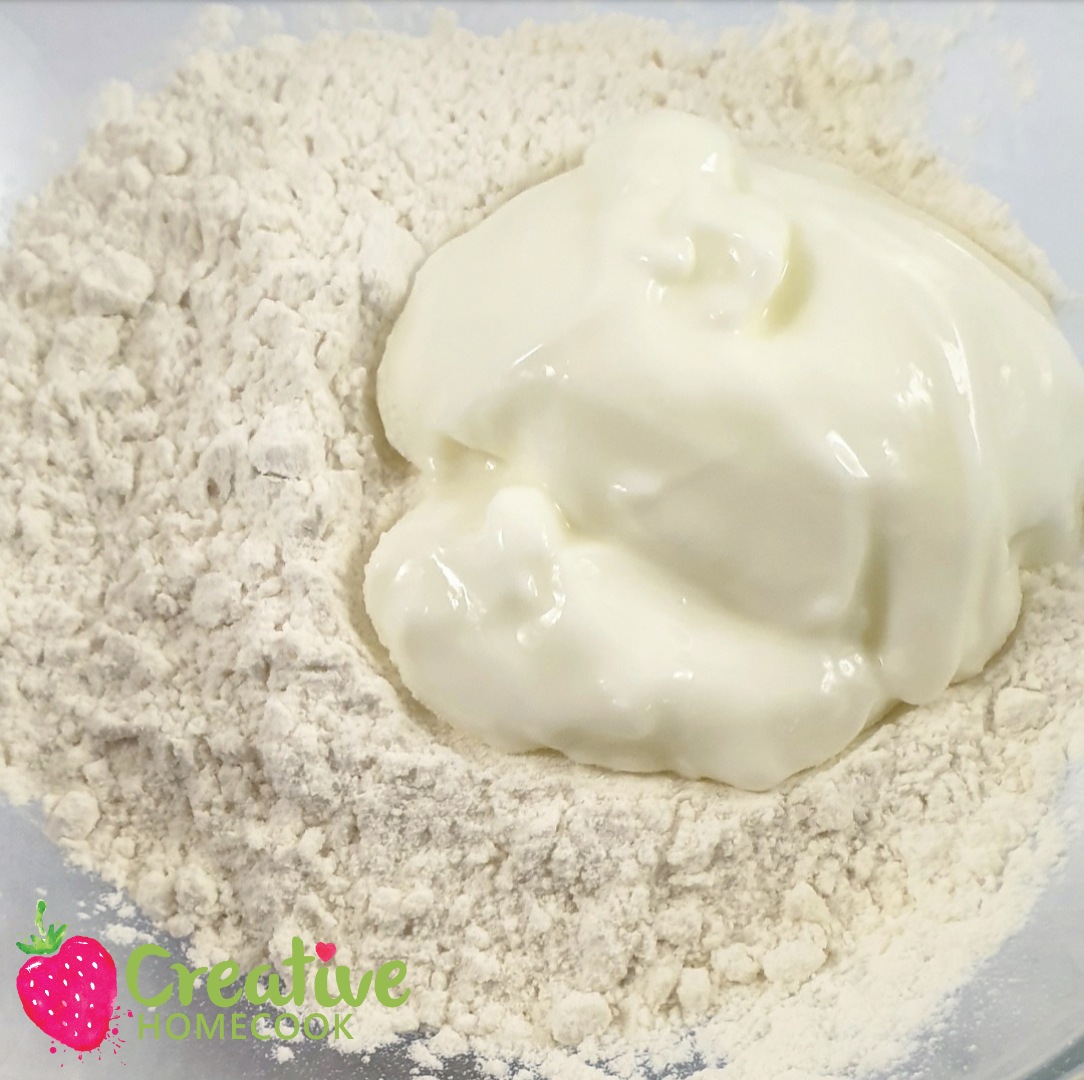 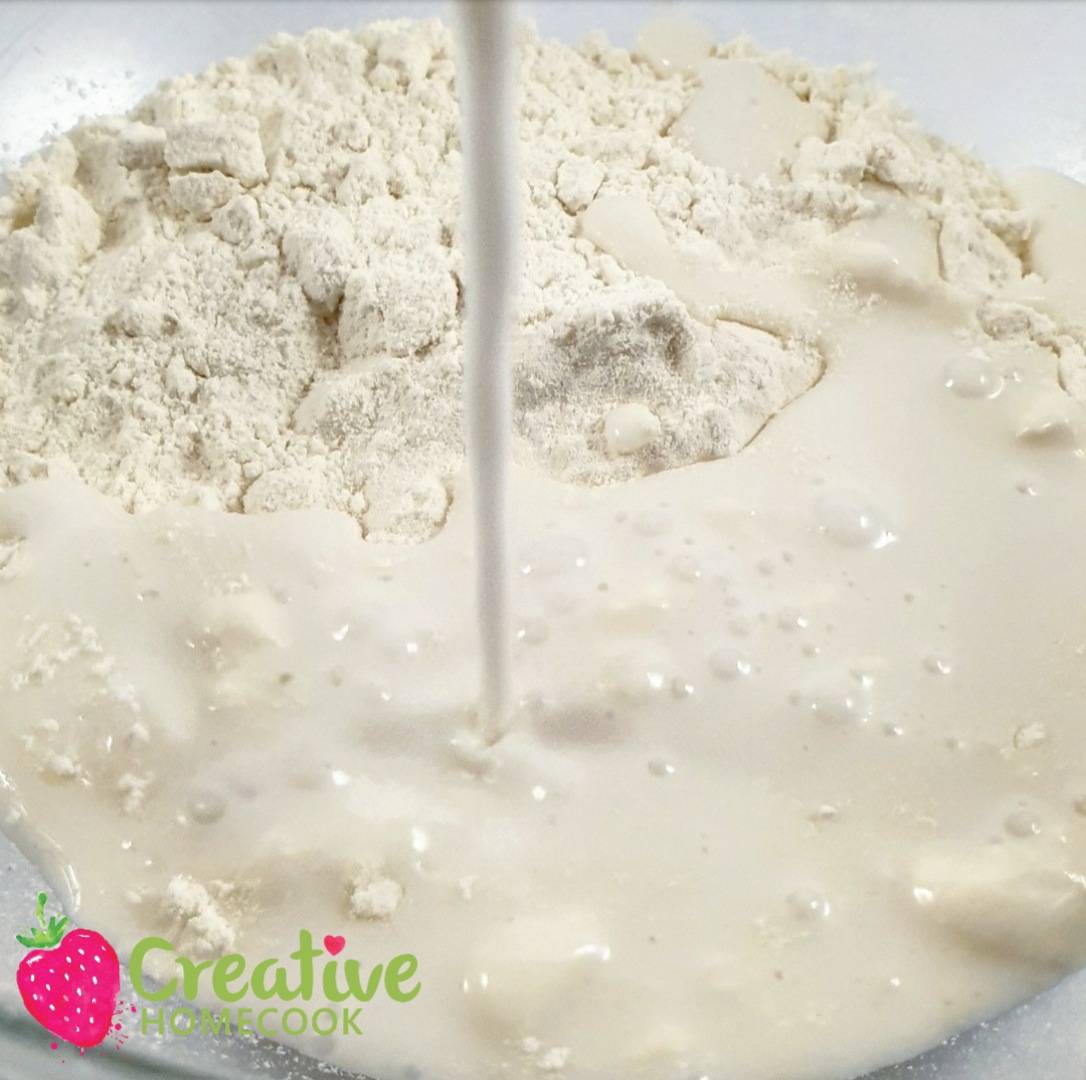 Or add the coconut milk for a vegan version. 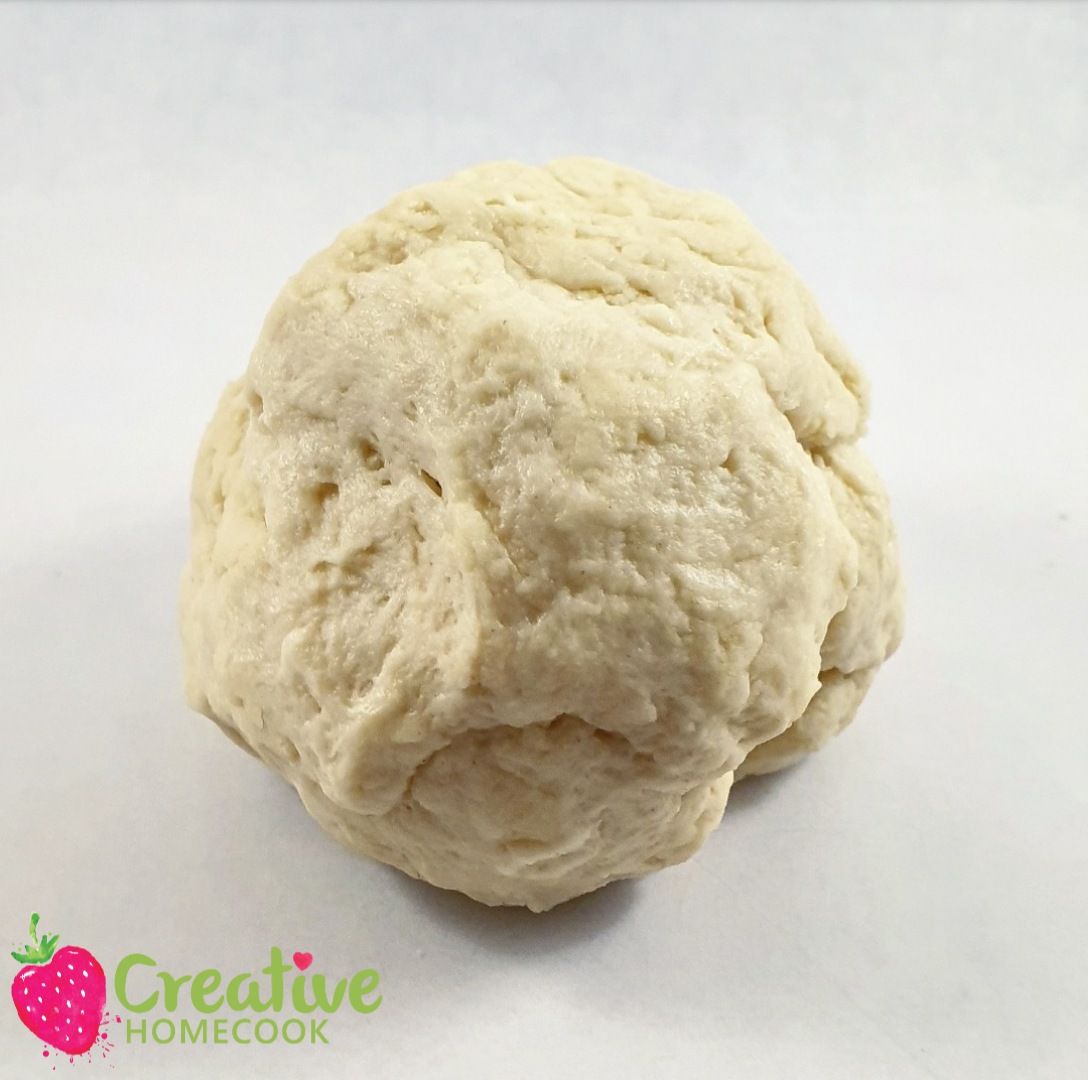 Mix into a ball of dough. 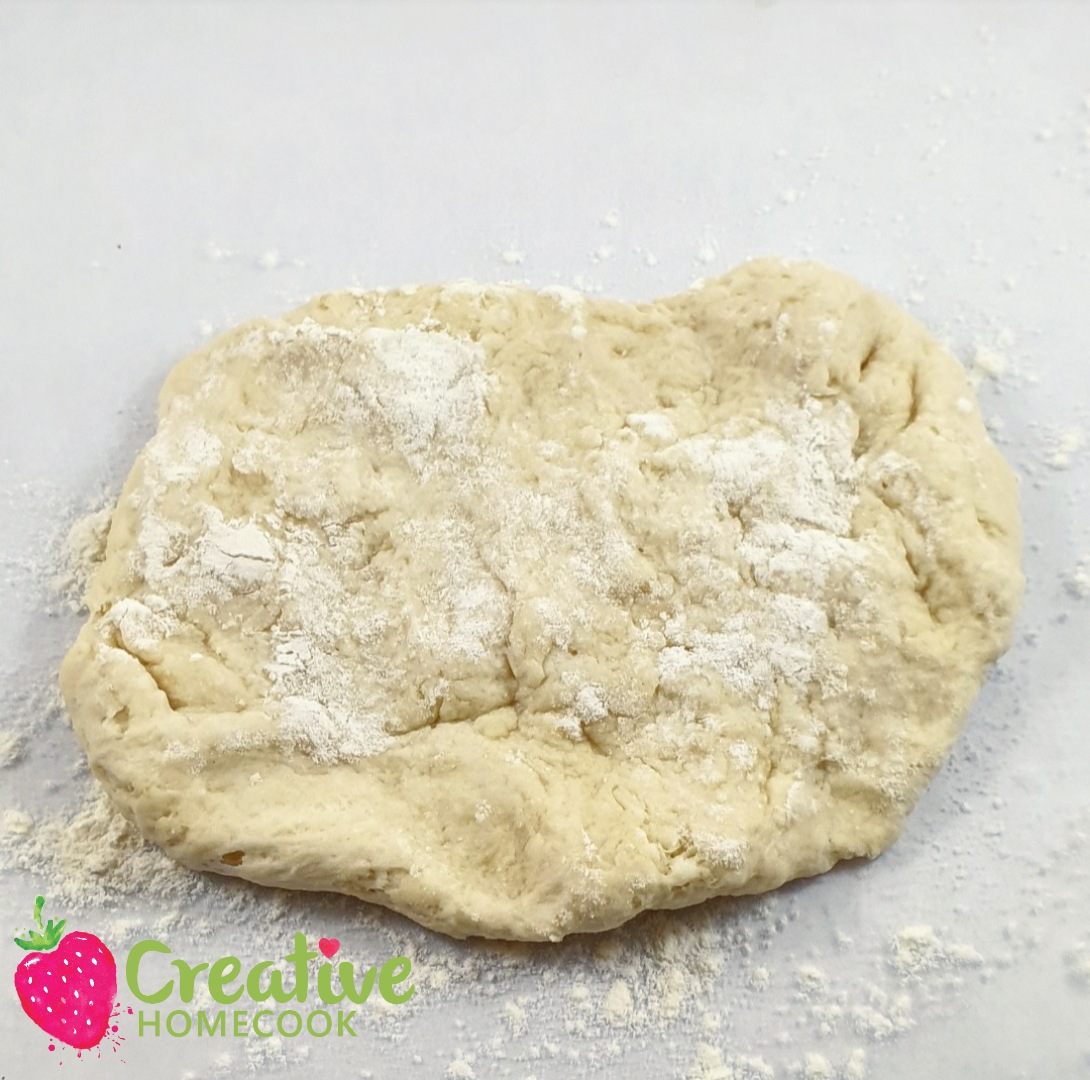 Lay it out on a floured service. 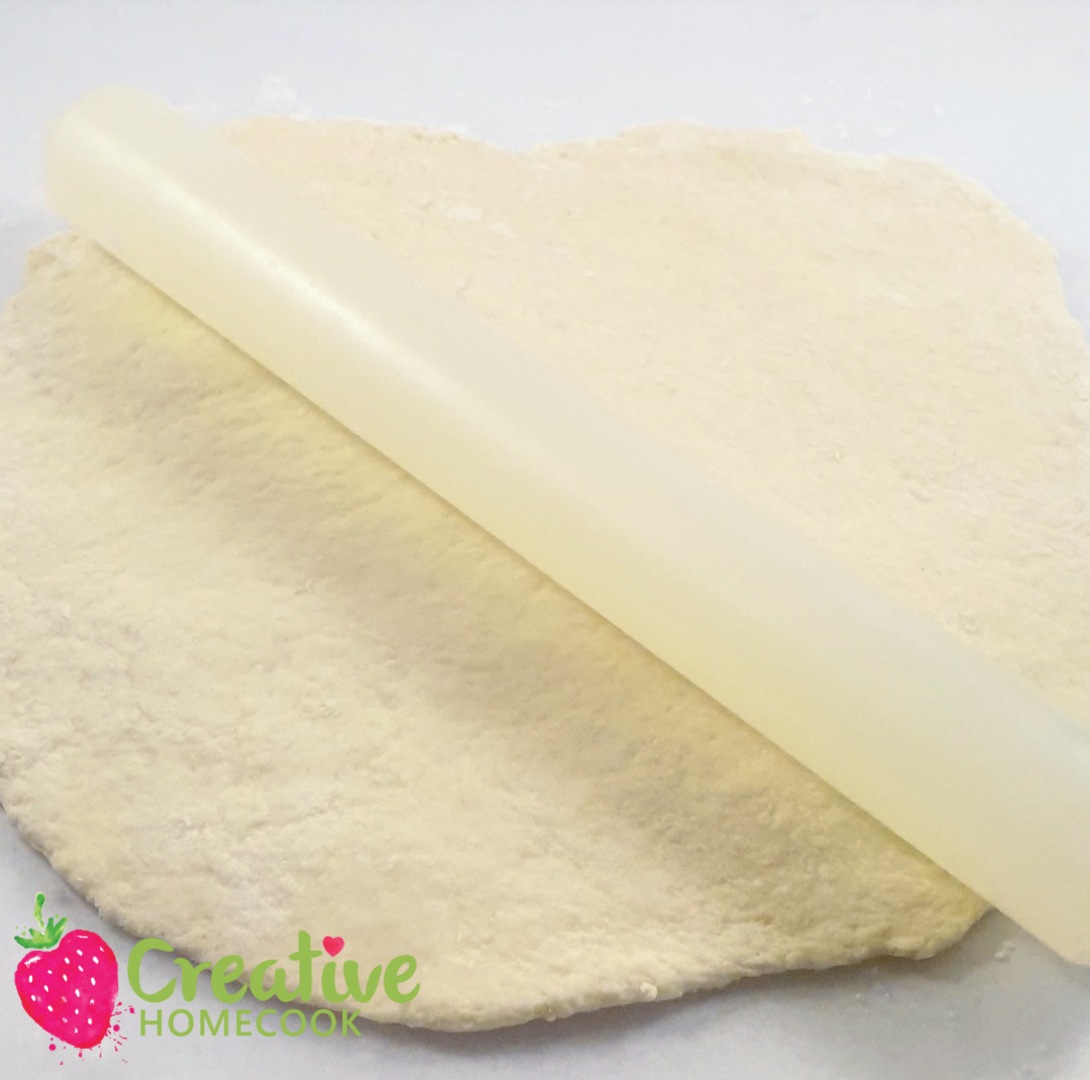 Method: Cinnamon Filling
• Add all the ingredients into a bowl and mix it well. (See notes for margarine).
• Spread the mixture evenly over the rolled-out dough.
• Cut the rolled-up dough into 4 equal sized pieces.
• Space the cinnamon rolls evenly apart in a microwave safe dish prepared with a non-stick spray. The cinnamon rolls will double in size so make sure the bowl is big enough. (Place the uneven sides of the cinnamon rolls on the bottom of the dish).
• Microwave the cinnamon rolls for 1 minute or until they are cooked. (It might differ depending on the strength of your microwave).
• Once cooked, you can turn the cinnamon rolls over, this will ensure that they are covered in the melted cinnamon butter. (This part is optional of course).
• Make your icing. 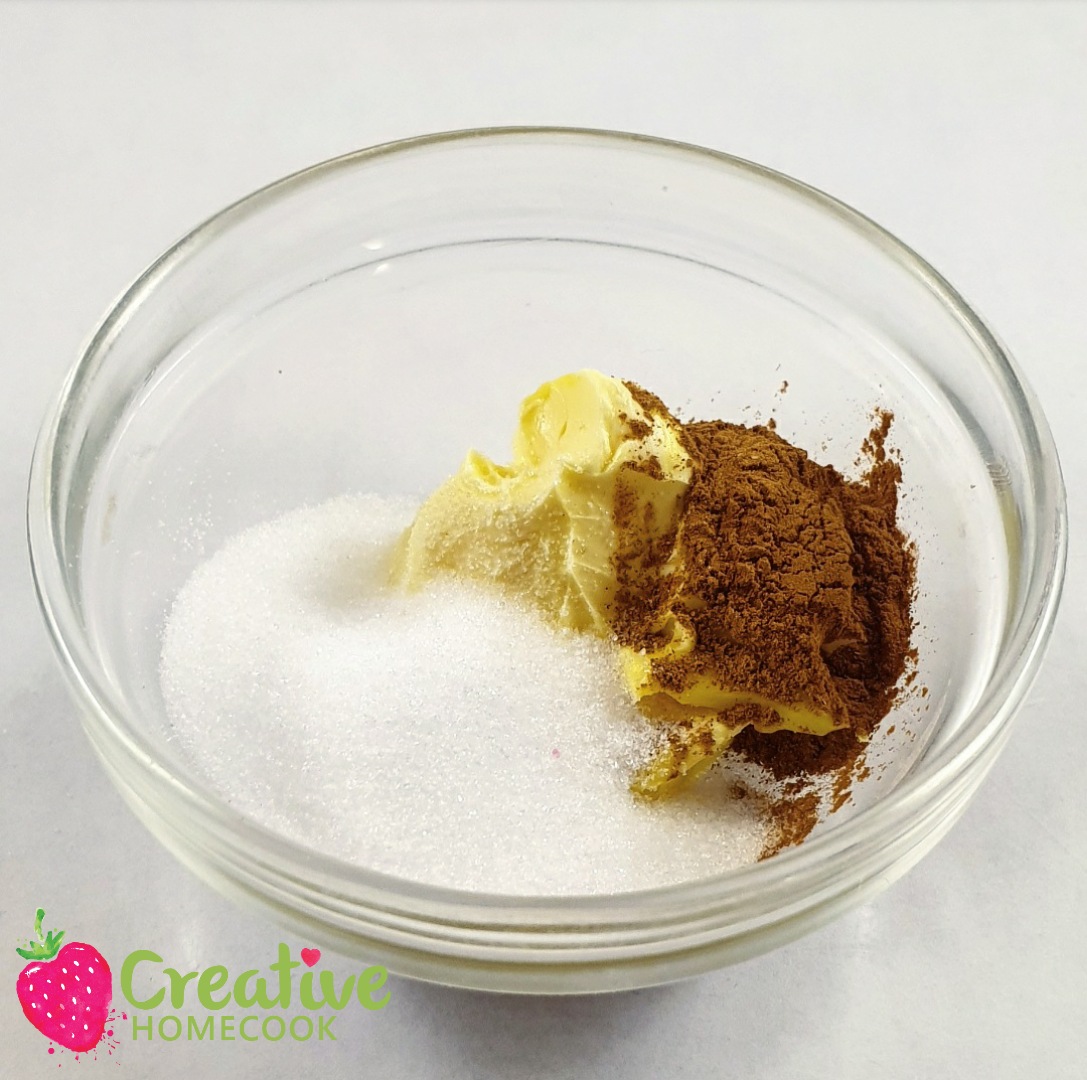 Add the margarine, cinnamon and sugar into a bowl. 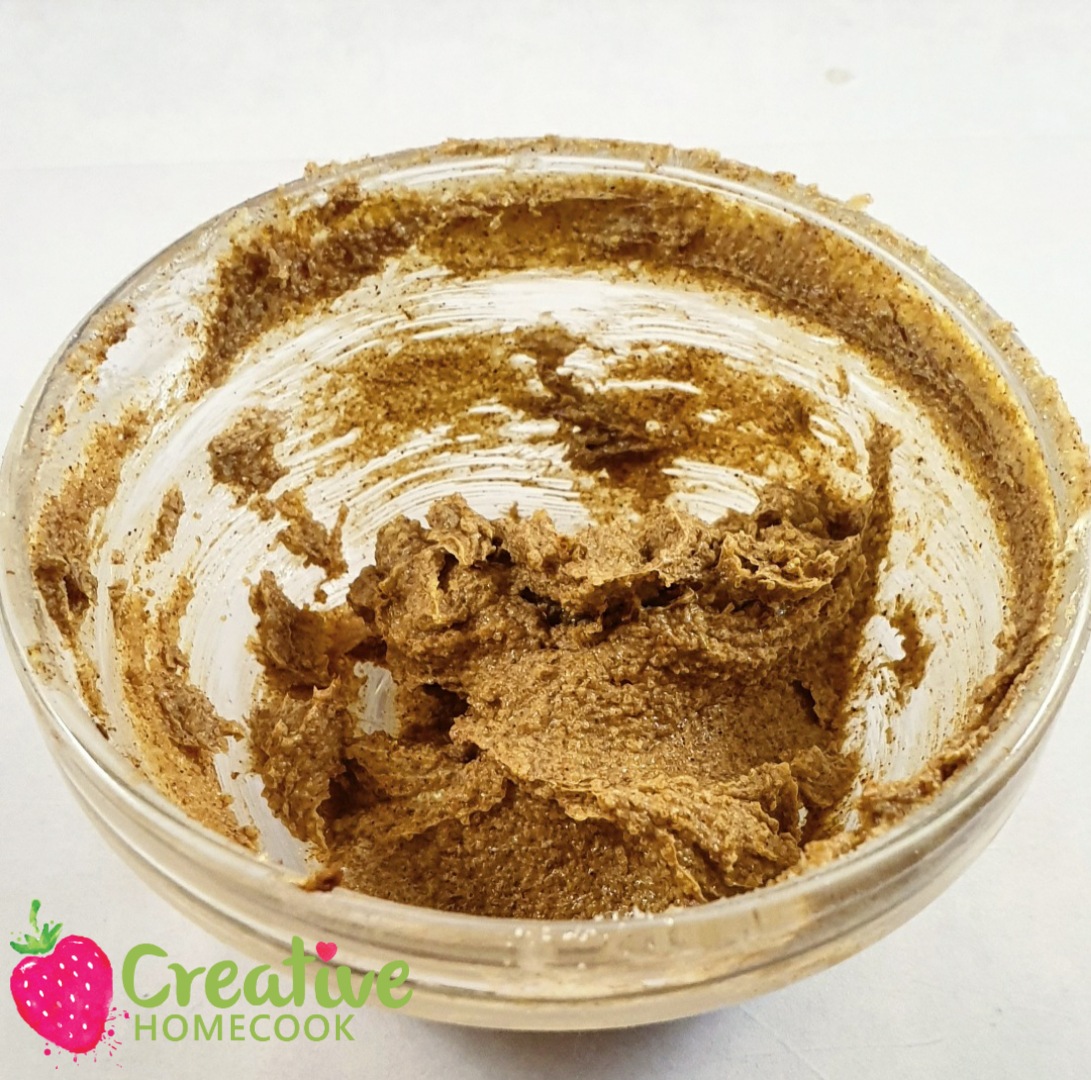 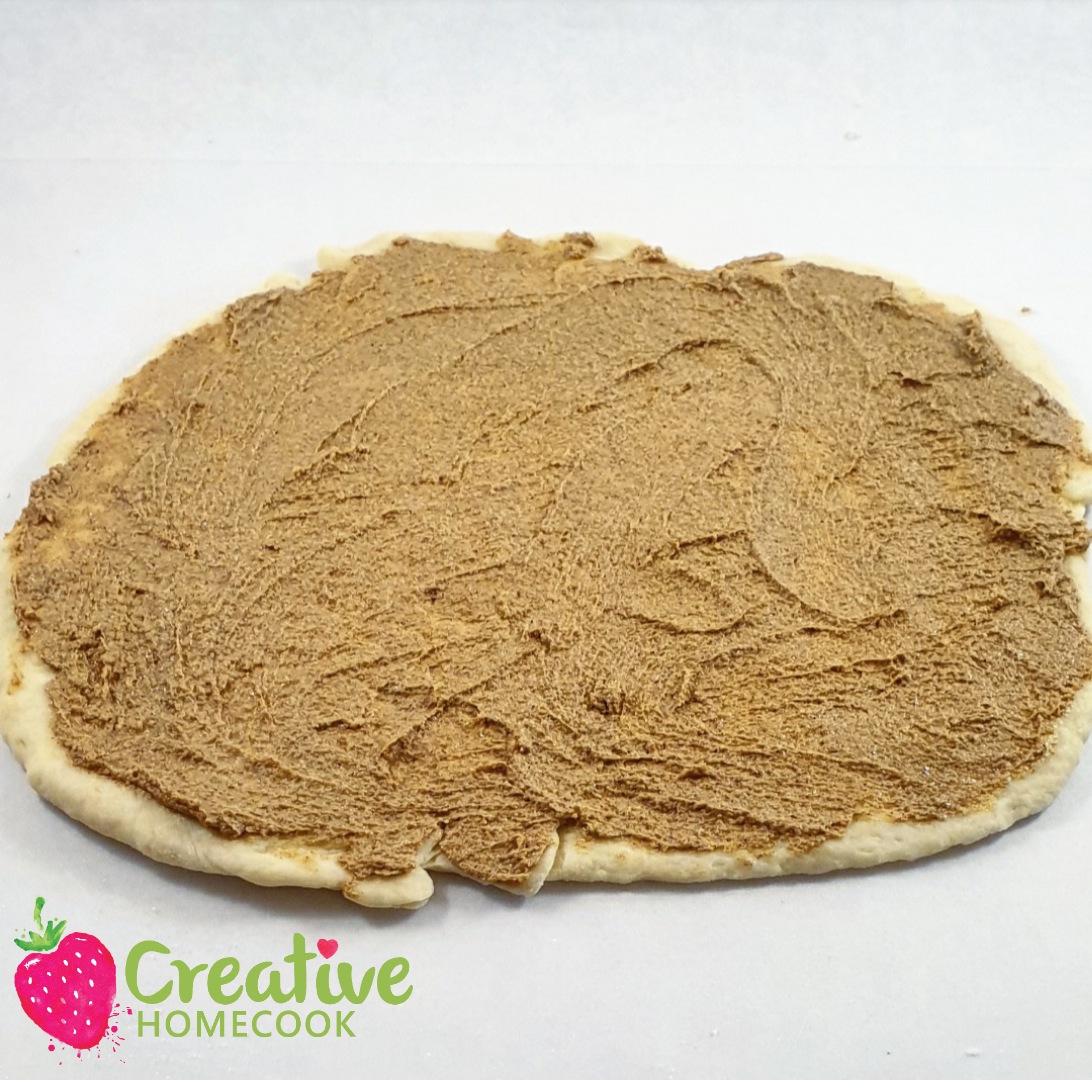 Spread the mixture over the rolled-out dough. 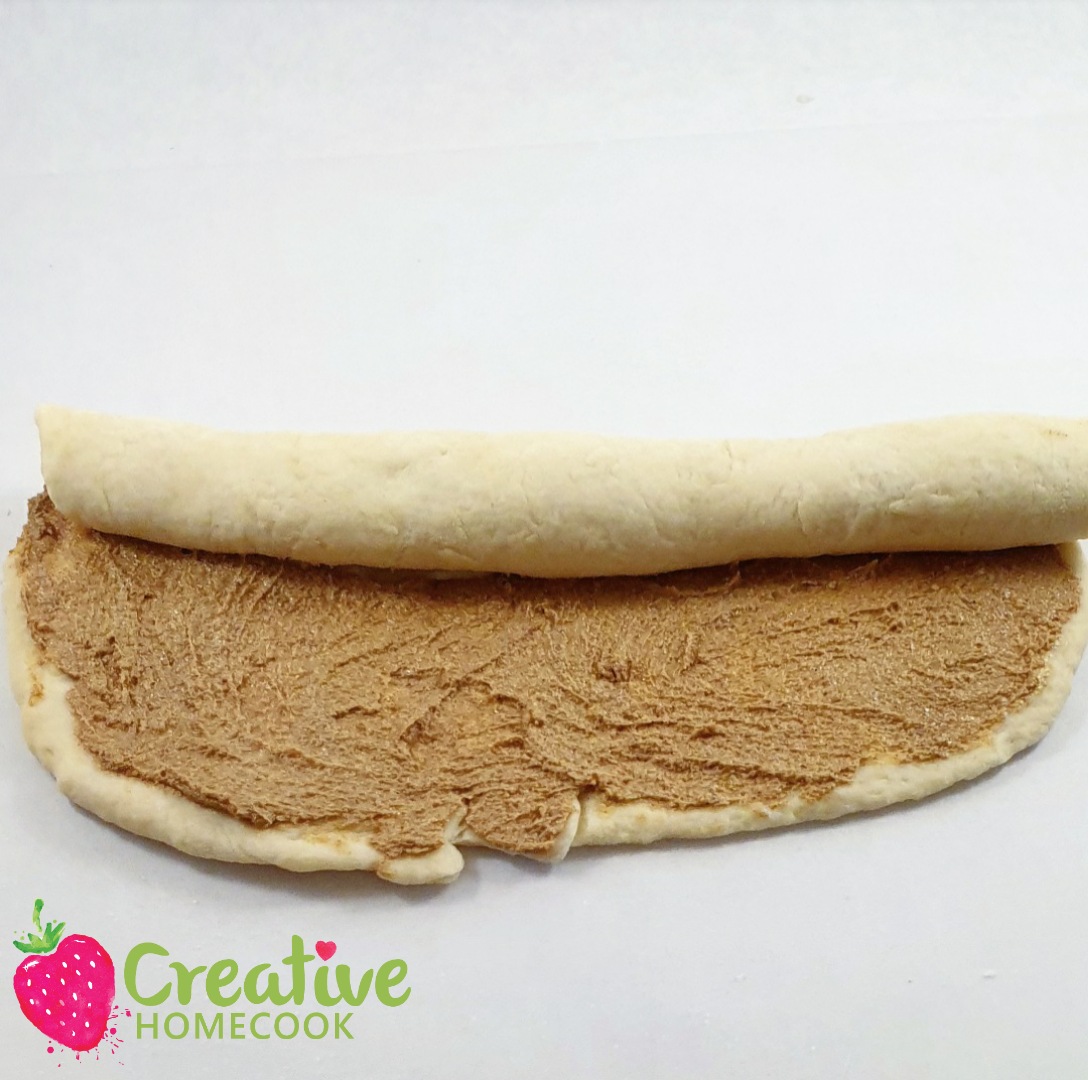 Carefully roll it up. 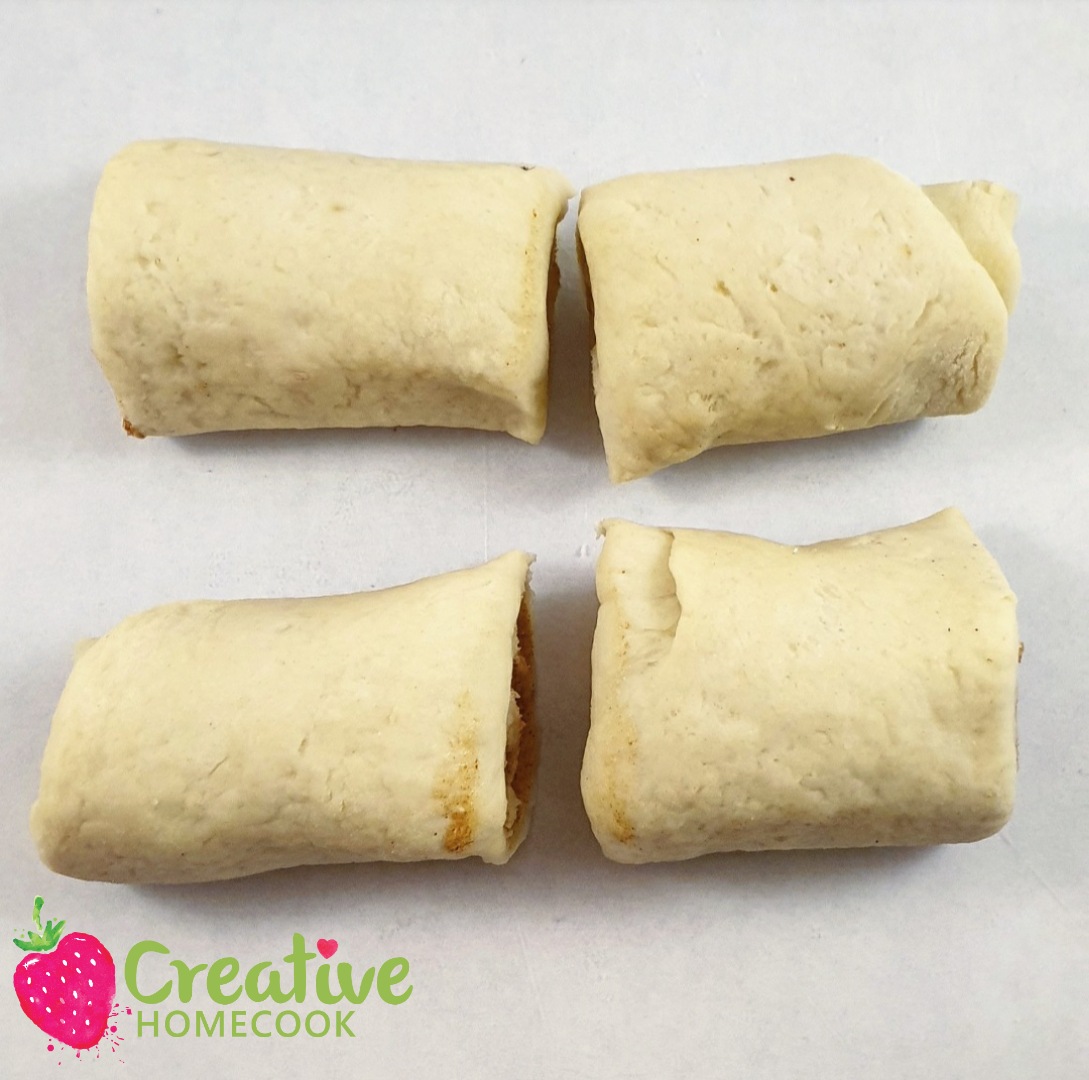 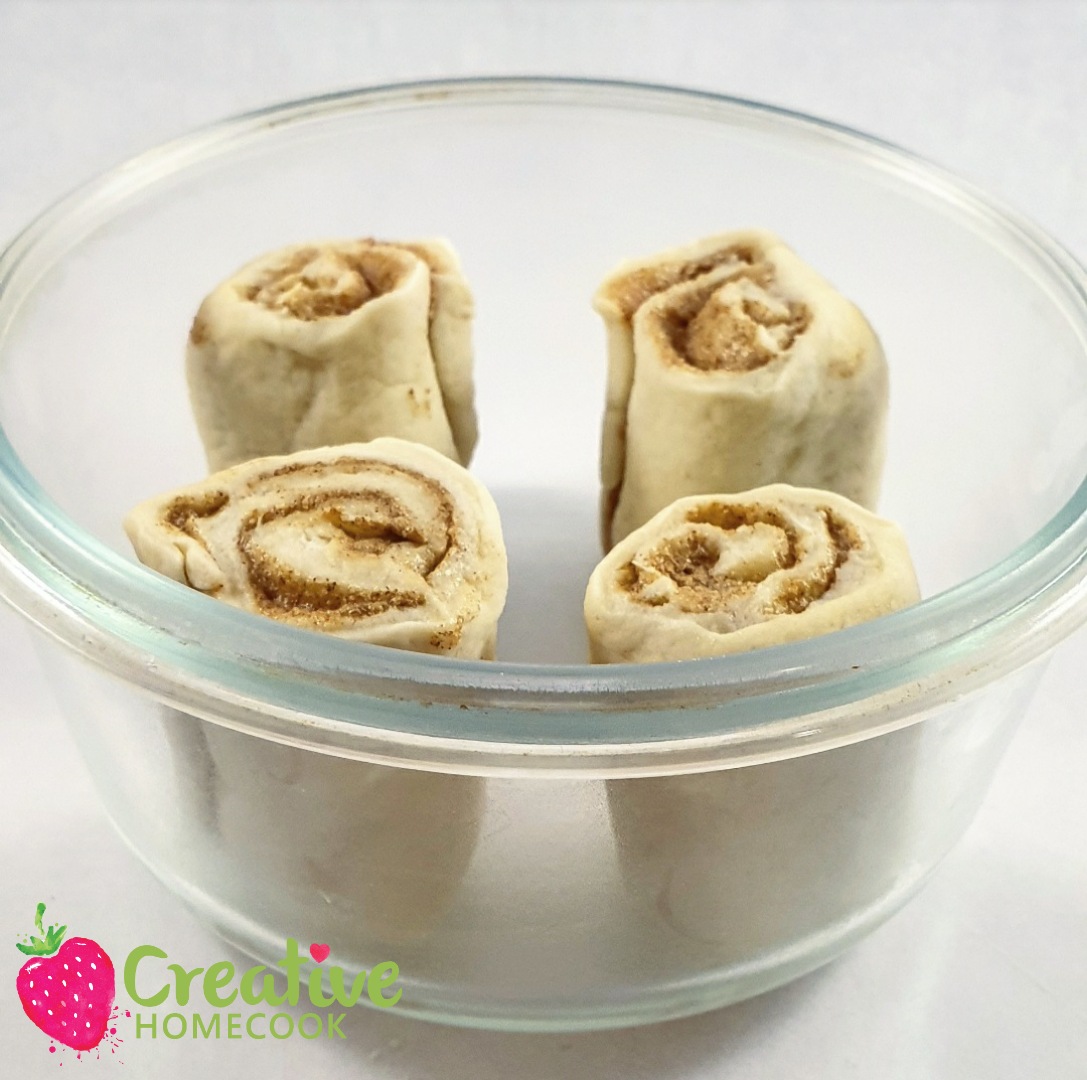 Evenly space them apart in a microwave safe dish and cook for 1 minute. 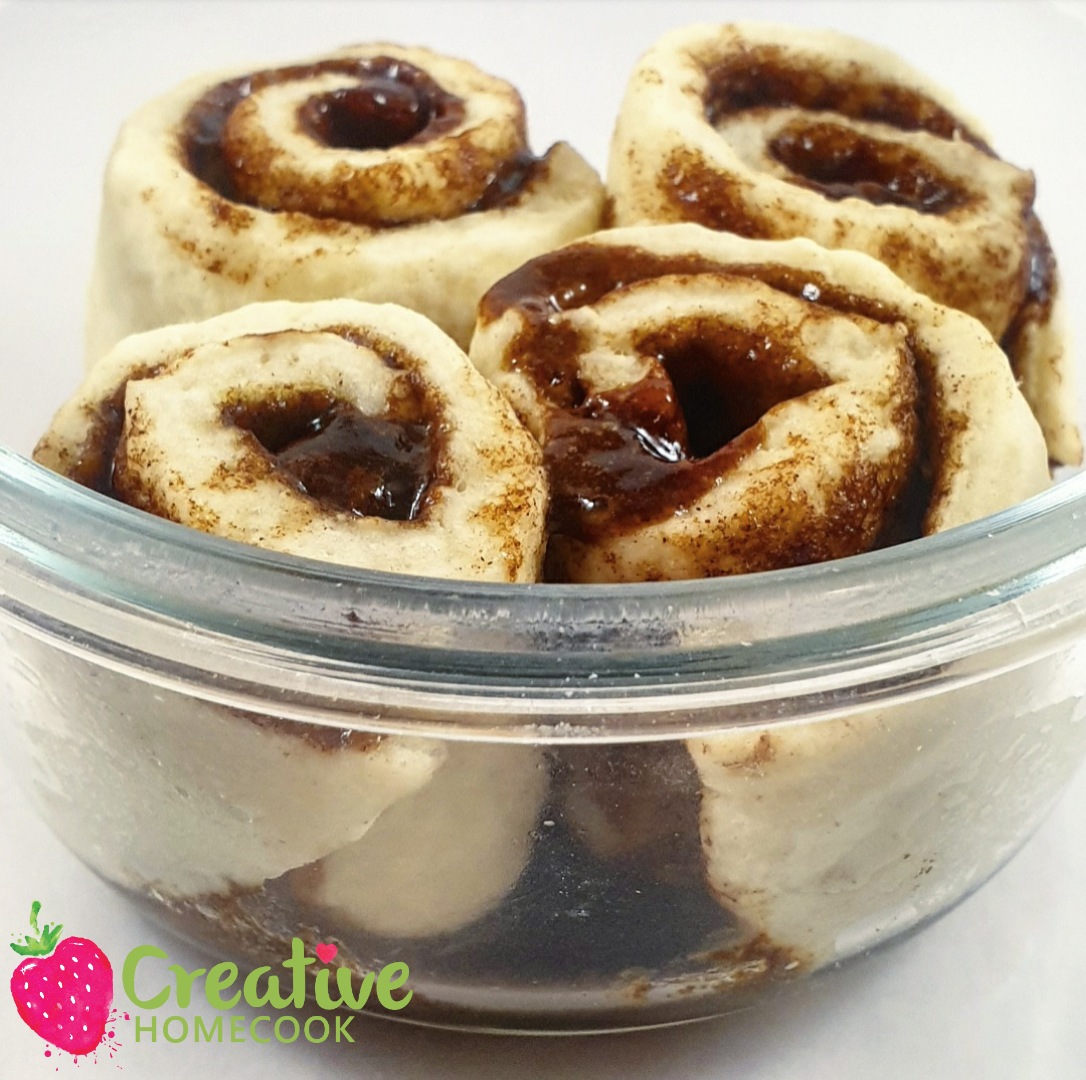 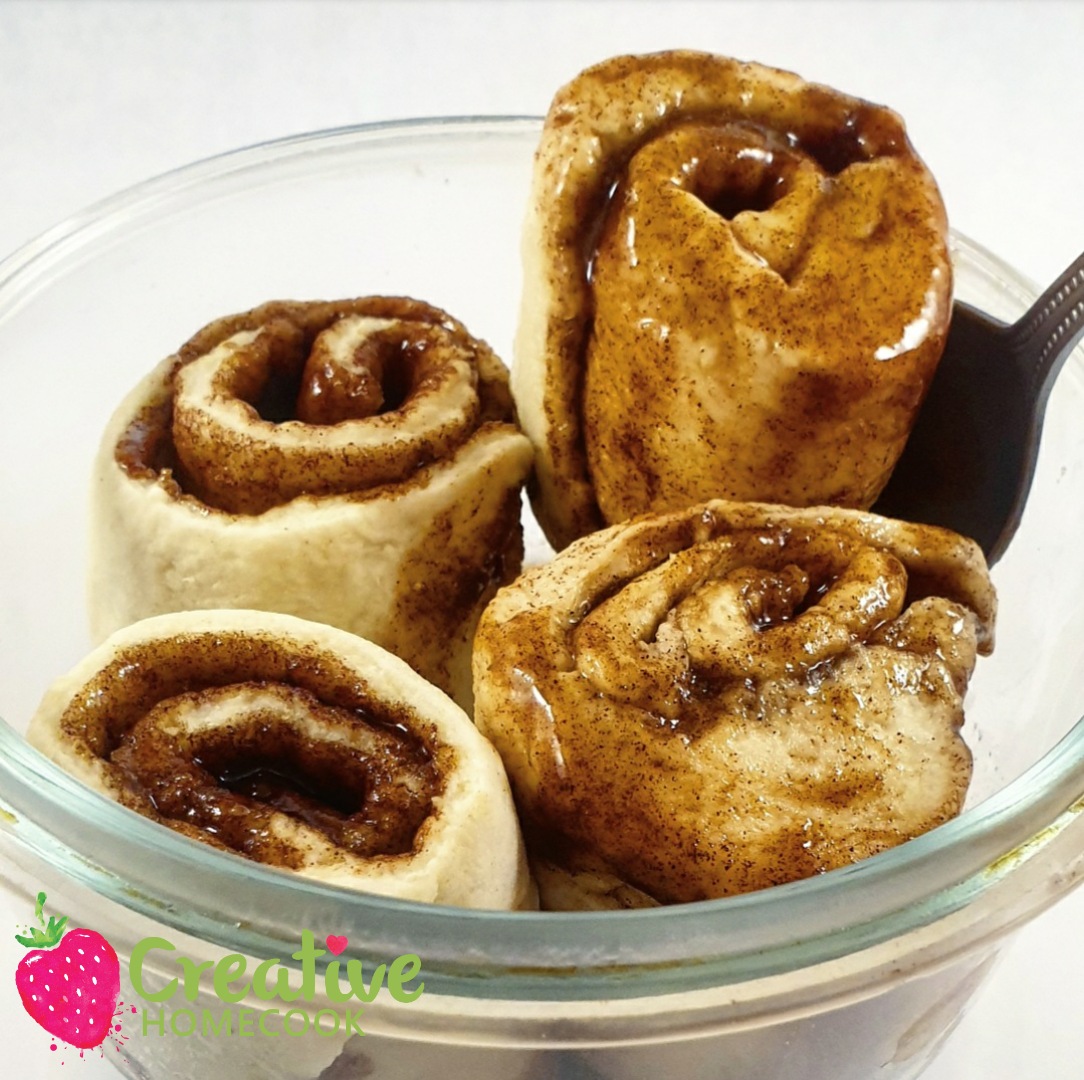 Turn the cinnamon rolls over if you want them covered in the melted butter. 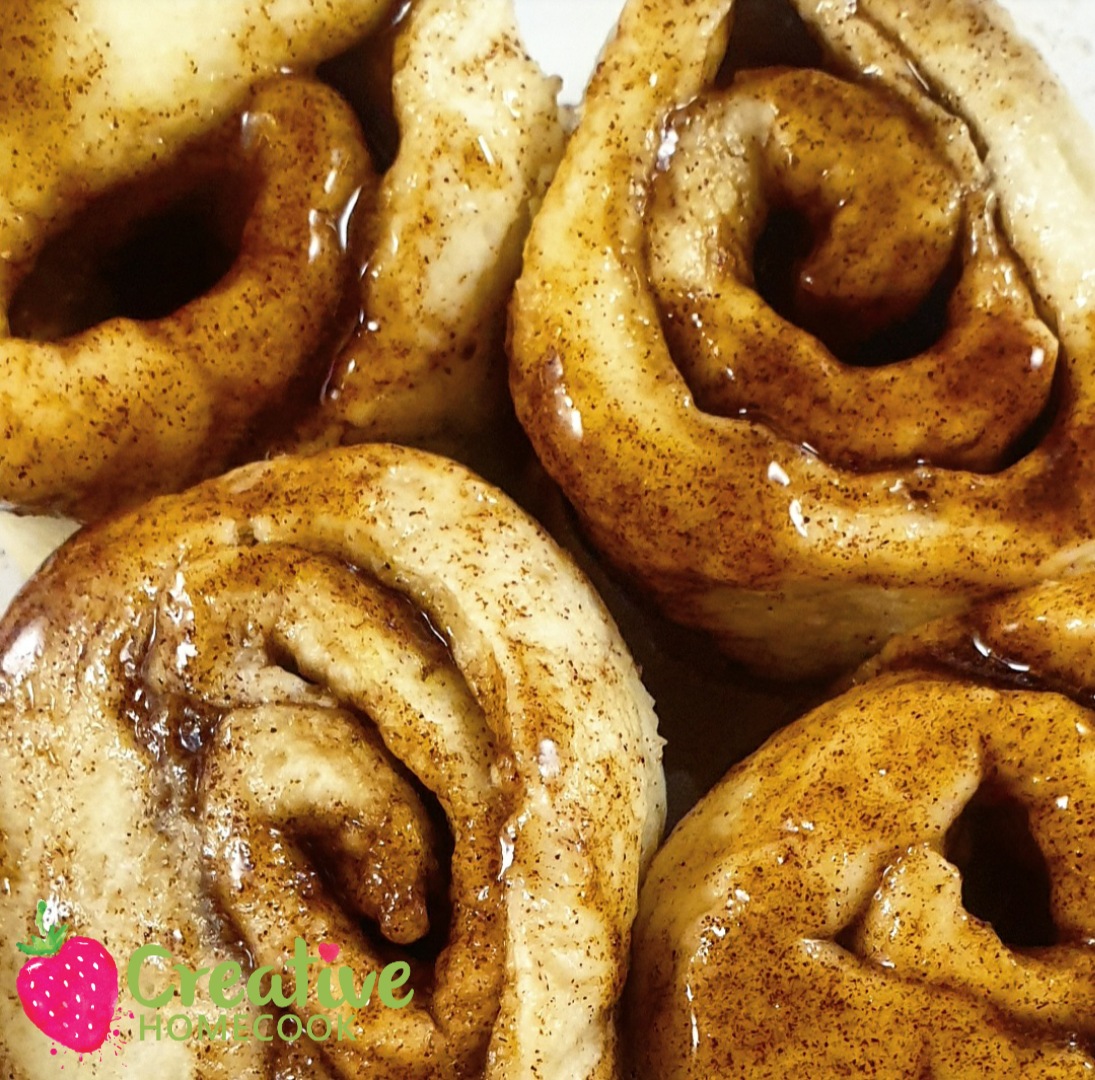 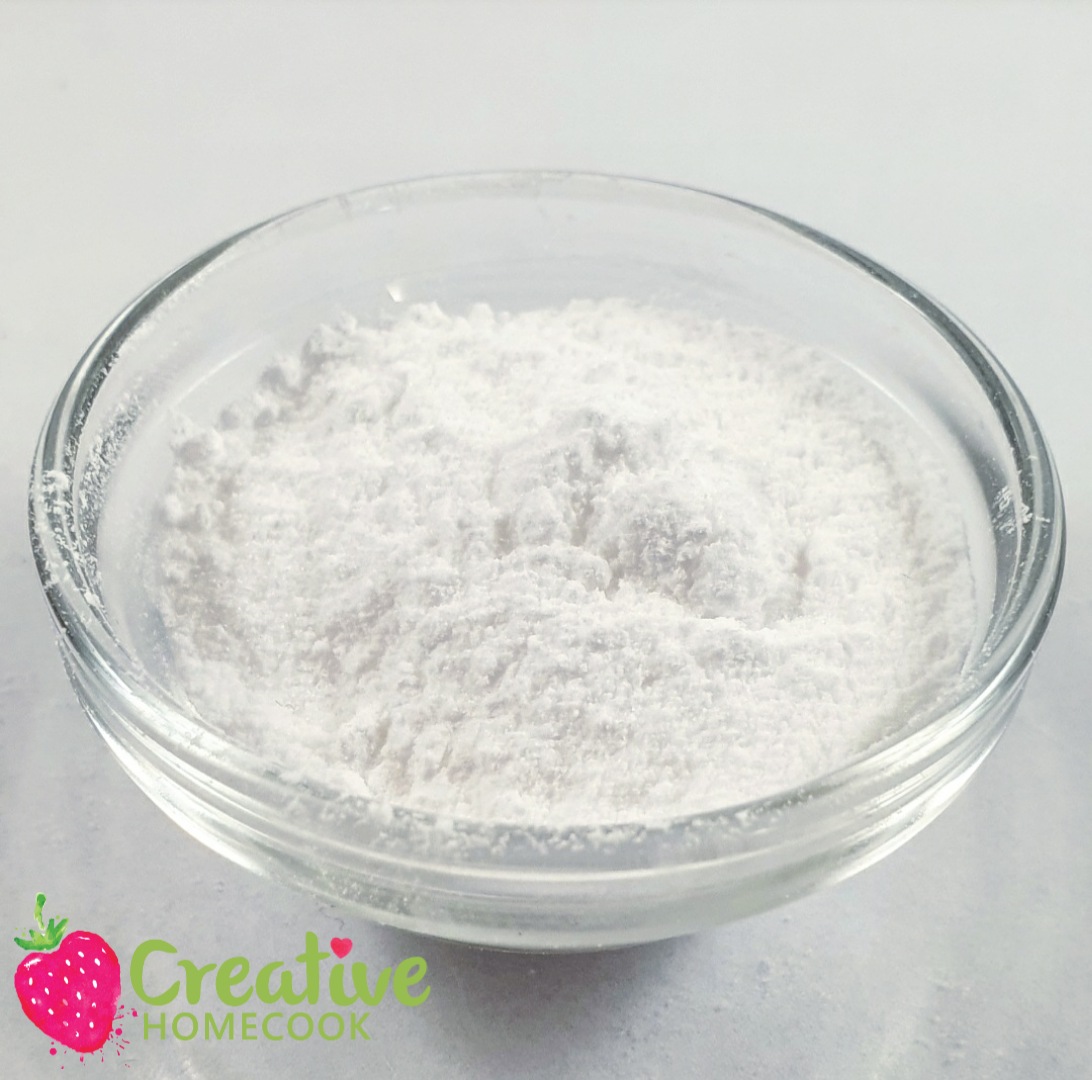 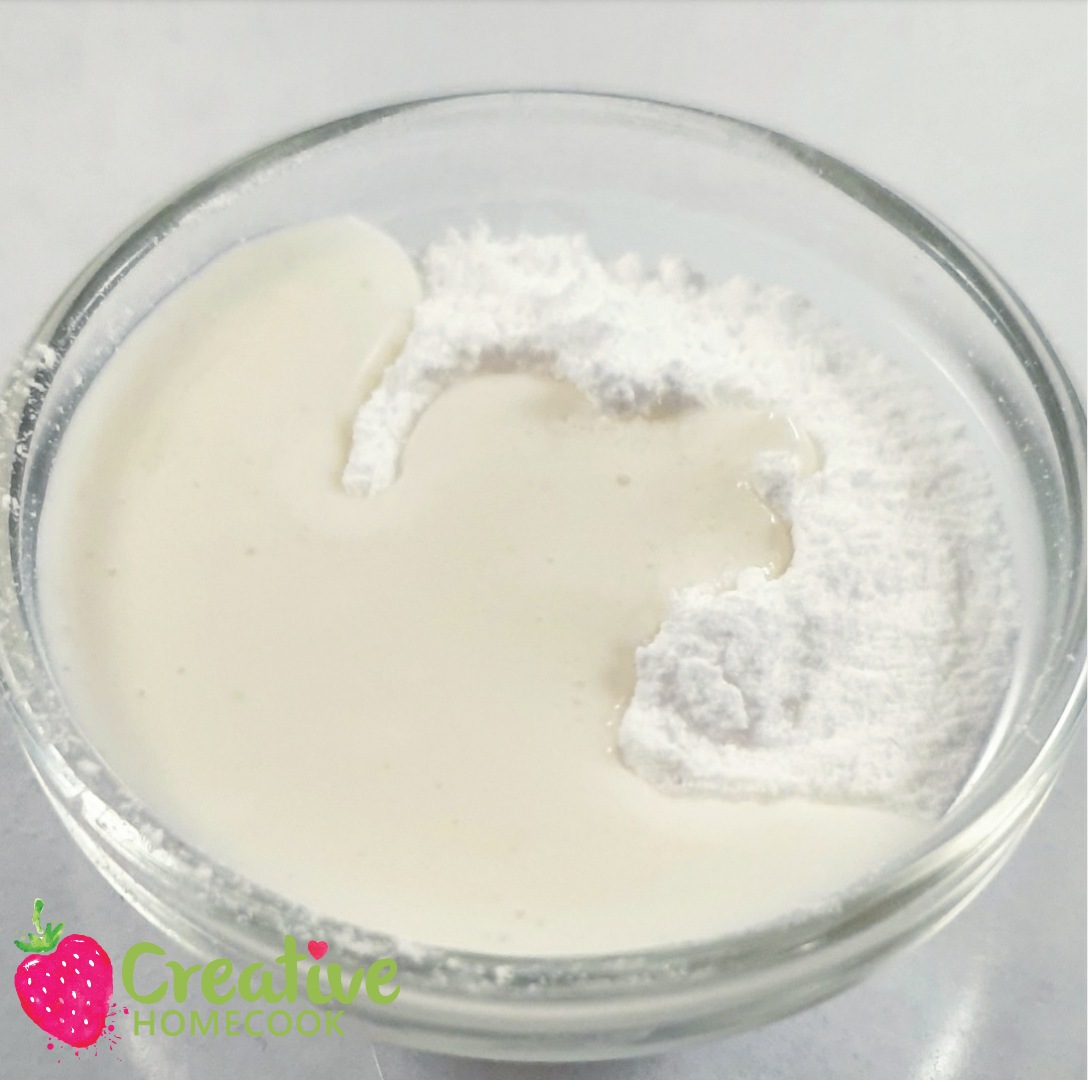 Add the milk of your choice. 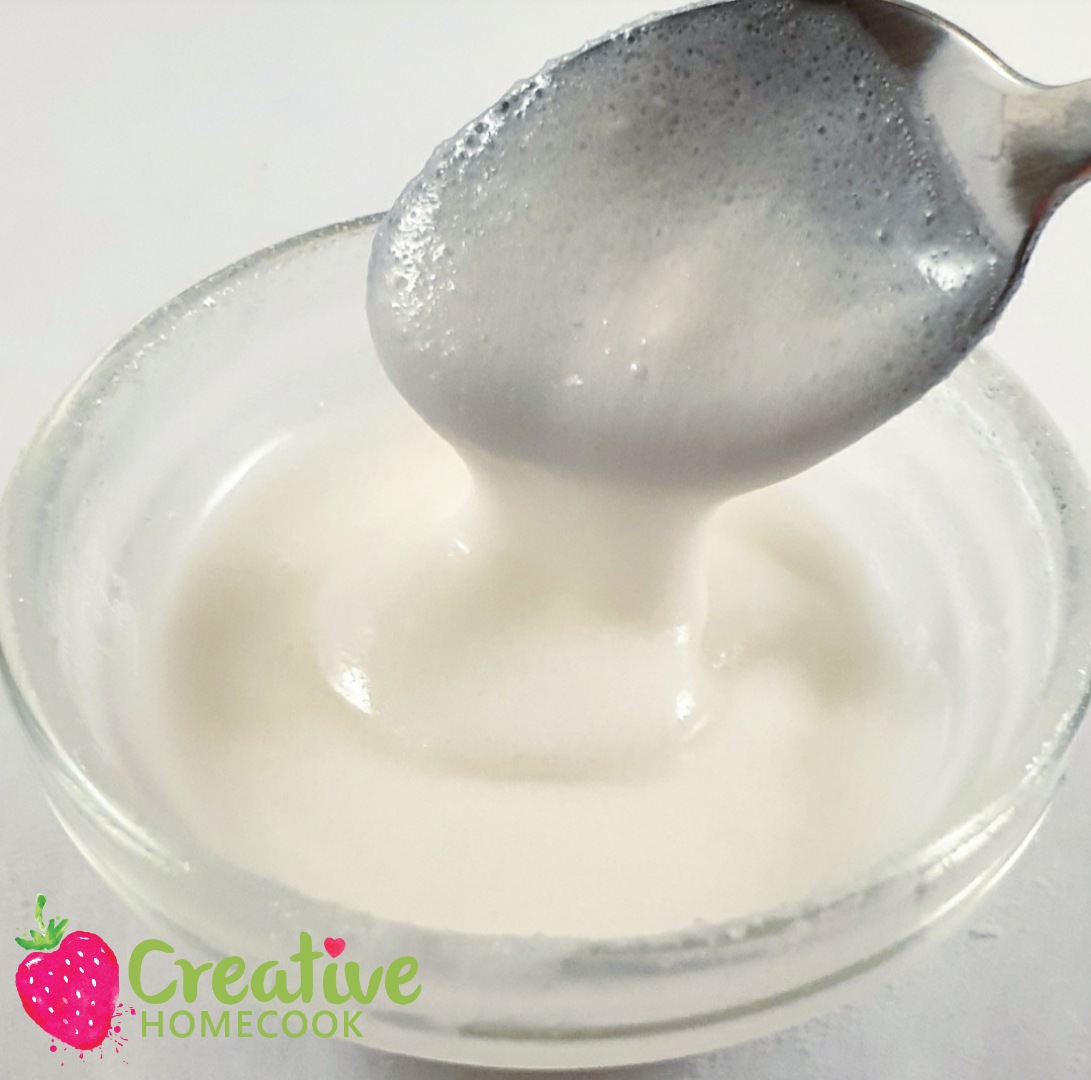 Mix well until the icing is thick yet runny. 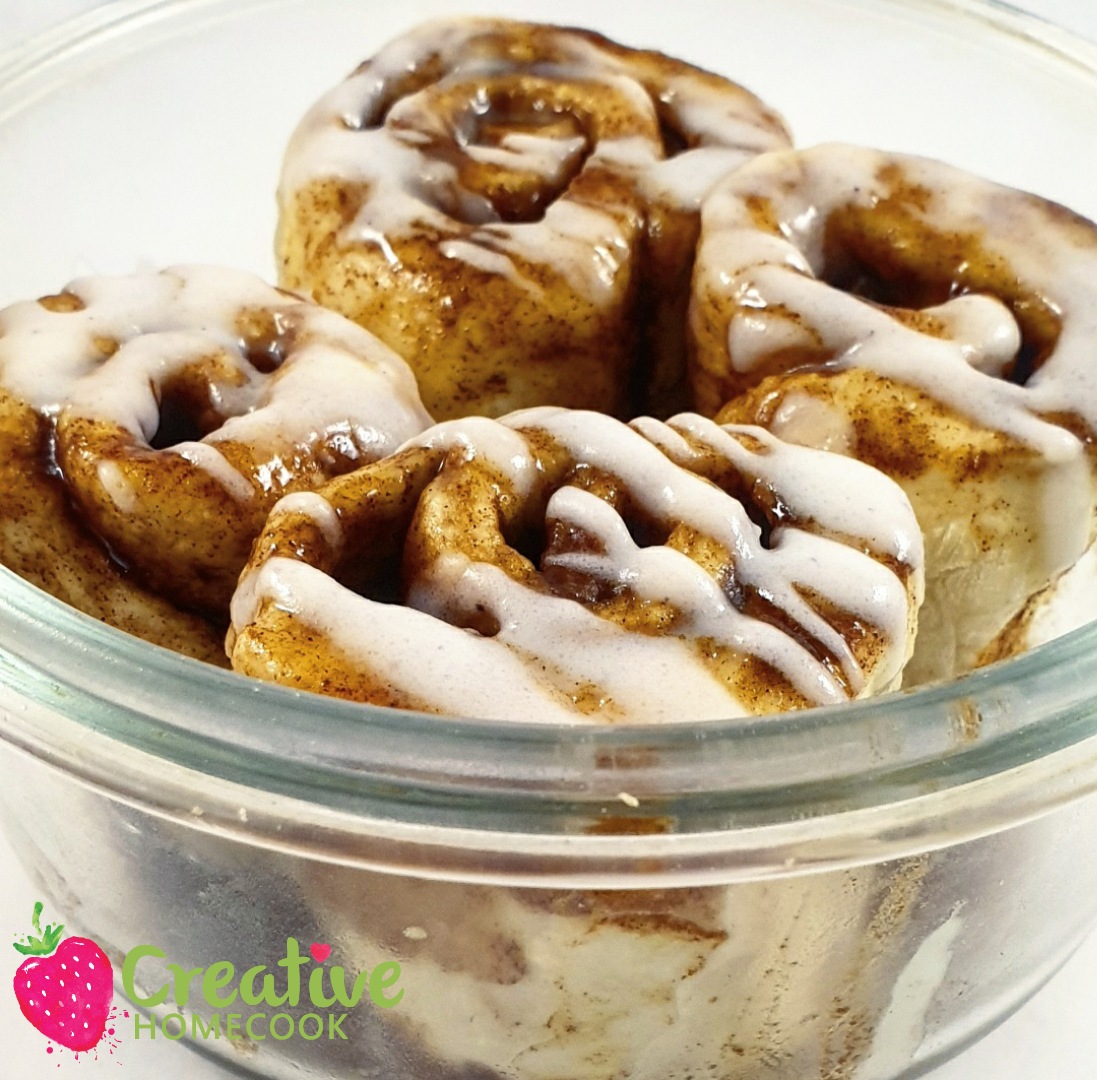 Drizzle it over the cinnamon rolls. 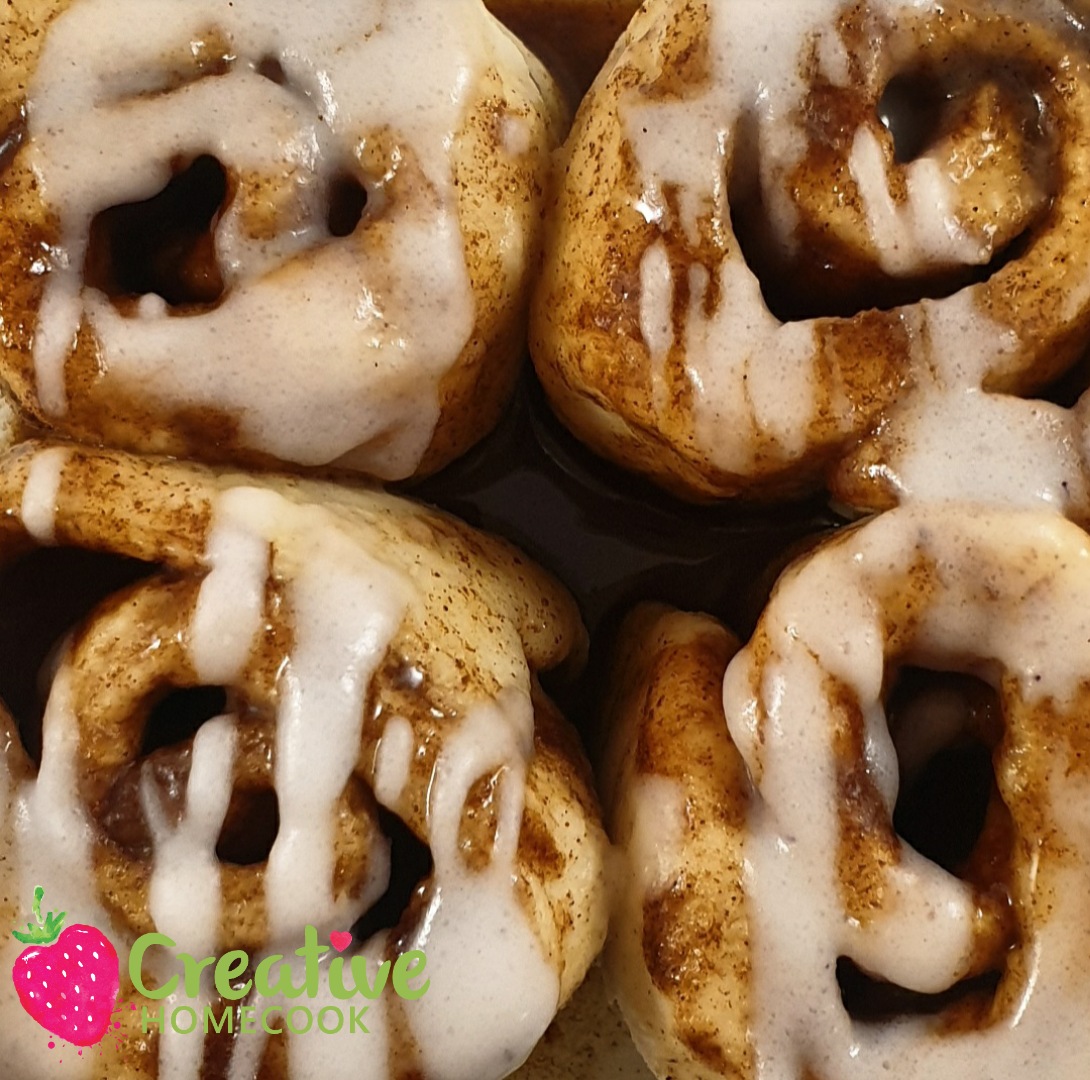 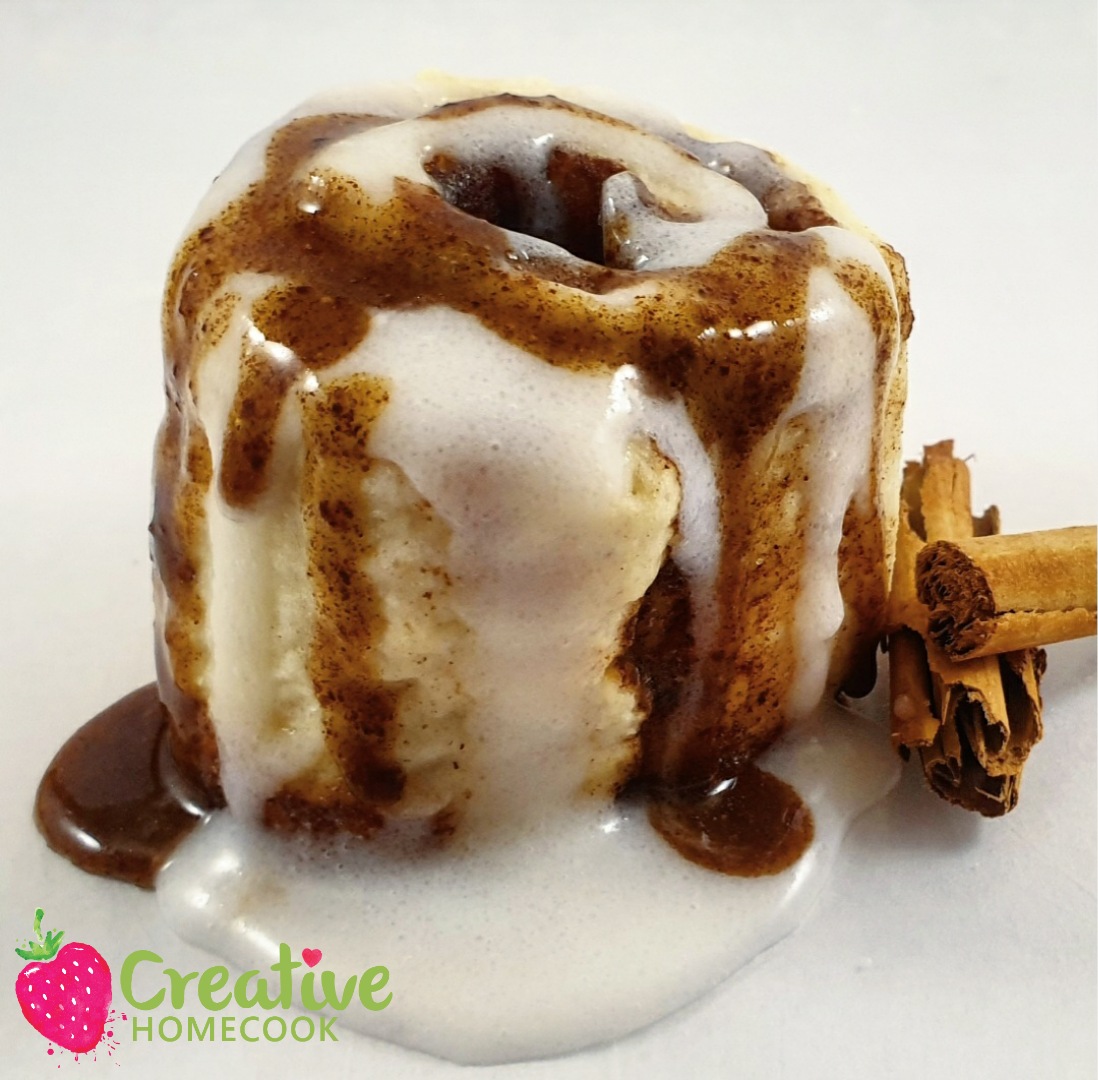 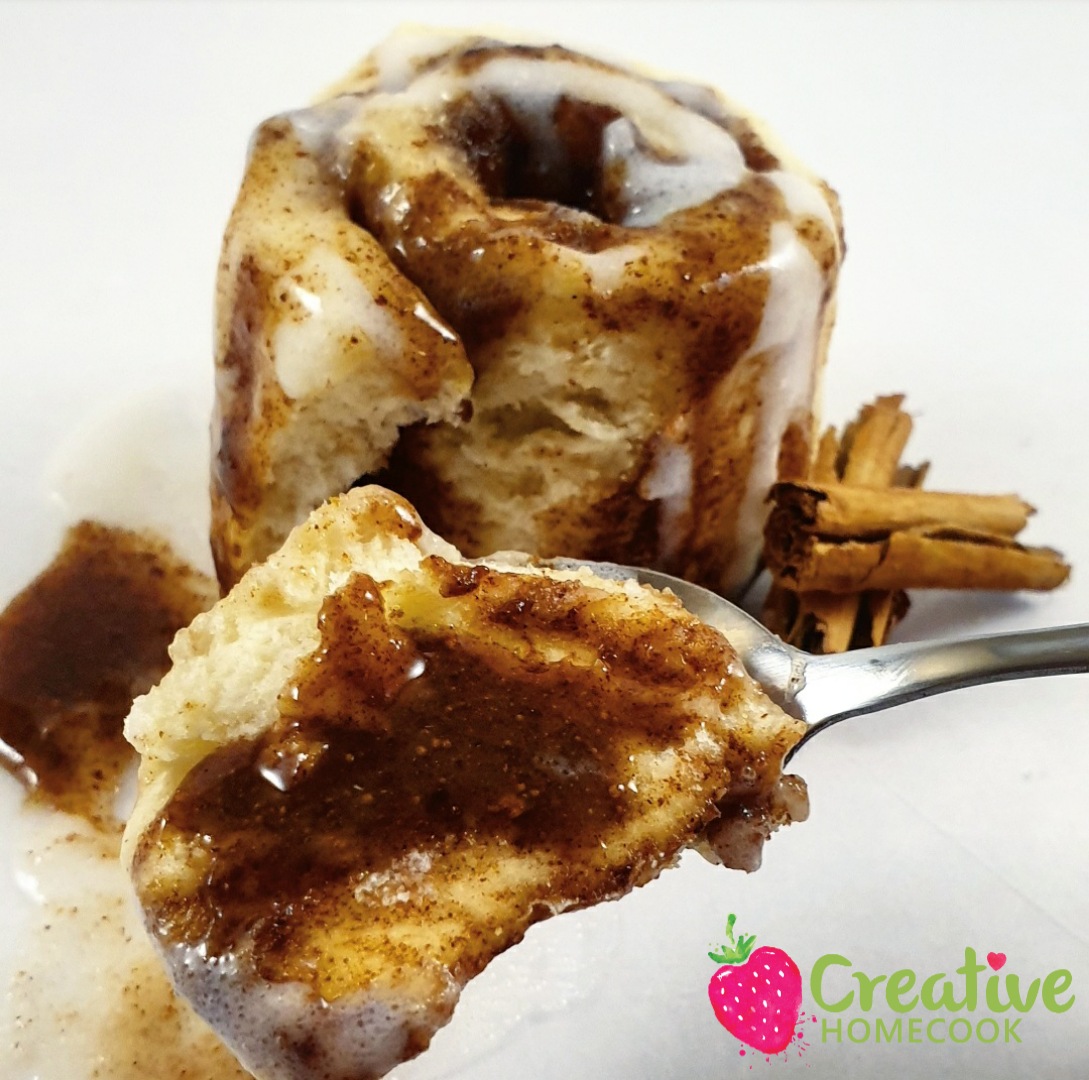 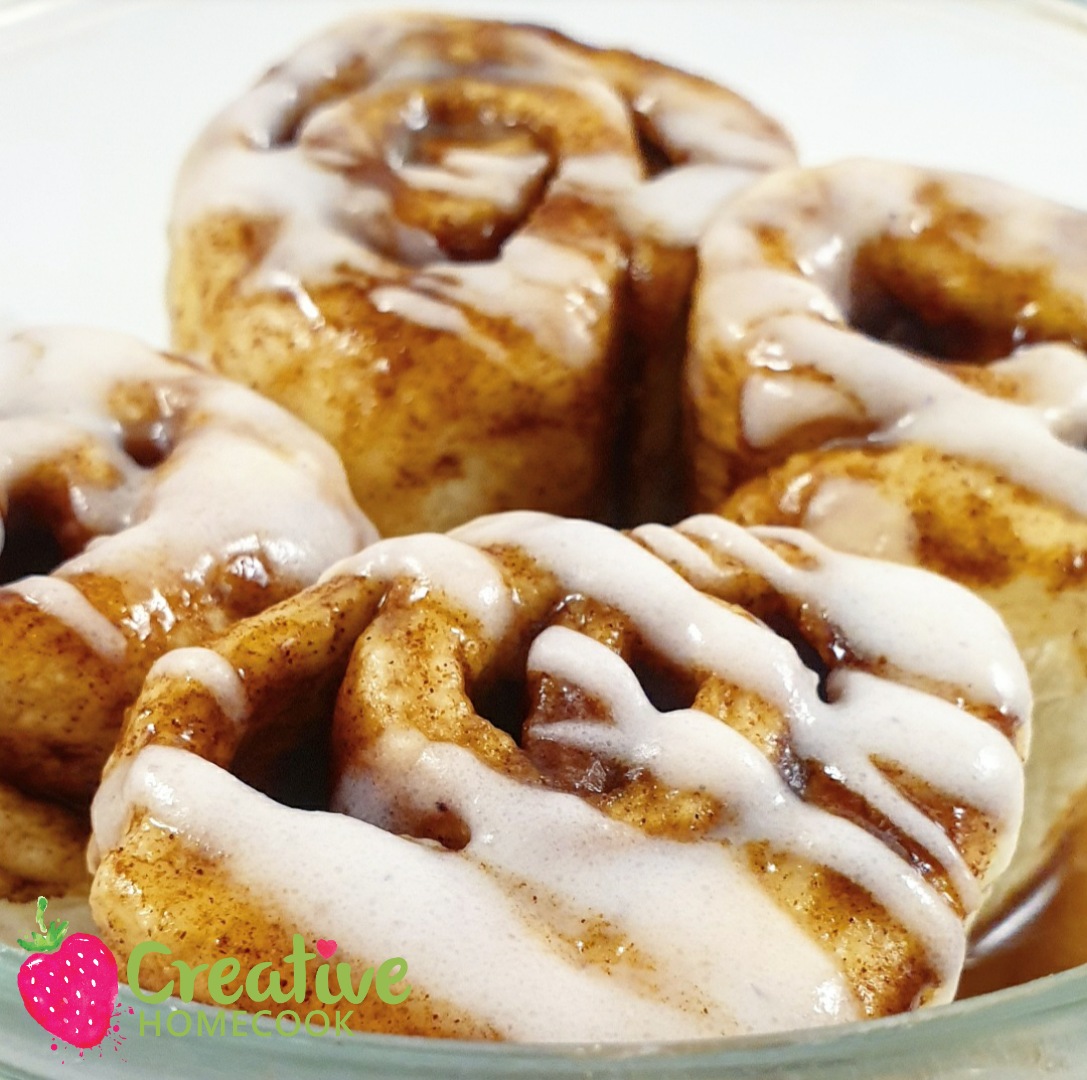 Note:
• I found that self-raising gluten free flour did not work well for this recipe. However, if you really want to make it and do not mind it looking different from the original images, add 1 tsp of baking powder to the flour.
• You can substitute any butter or margarine, whether it is vegan or non-vegan. After testing this recipe numerous times, I got the best results from the Flora brand also known as Becel in some countries. For the non-vegan, use 2 Tbsp and the vegan, use 3 Tbsp).